LGBTQ Nation really is a male-supremacist rag. It seems that, according to them, most people’s natural reaction to the masculine rage of this GameStop visitor was ‘vicious’ and ‘conservative’. No regard whatsoever for the other shoppers intimidated in this trans-identifying male’s farcical pretence to represent ethics and right.

Conservatives viciously mock a trans woman who was misgendered on video 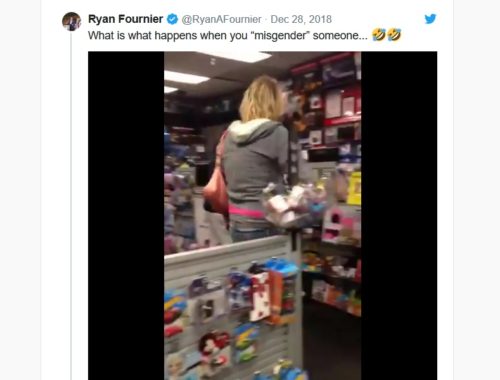 Conservatives are laughing at a transgender woman who was repeatedly misgendered in a video.

Ryan Fournier, the chair of the college Republican organization “Students for Trump,” tweeted a video of a transgender woman getting visibly upset as she is repeatedly misgendered by an employee at a Game Stop in Alburquerque. 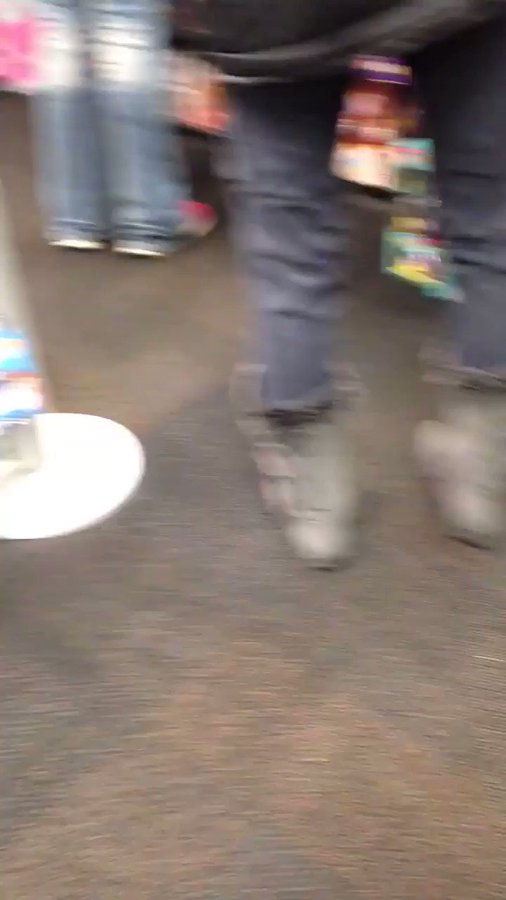 What is what happens when you “misgender” someone…

At the beginning of the video, the woman was already upset, apparently because she had been misgendered by the employee. He called her a “man” and “sir,” even after she told him she is “ma’am,” and she got angry

“Take it outside – you wanna call me sir again, I will show you a fucking sir!” she shouted.

She knocked over a bunch of white boxes and threatened to call the store’s corporate management.

The video also appeared on the conservative site Town Hall with the title: “TRIGGERED: Transgender Woman is ‘Misgendered’ in GameStop, She LOSES IT.”

One of the top comments is: “That was quite a testosterone fueled rage!”

Several British tabloids also wrote about the video. Even though the Daily Maildidn’t misgender her, readers got the message. Someone in the comments wrote “Didn’t act like a lady,” and quite a few others drew a connection between her anger and her transgender status, implying that real women don’t get angry when harassed.

Besides the commenters who agreed that she should be misgendered, others insinuated that she overreacted. “No excuse for this maniacal overreaction,” said one person on a tabloid’s website.

She not only faces the same pressure other minorities do to accept harassment and discrimination with a smile, but she also gets misgendered more if she speaks out because of misogyny.

What is what happens when you “misgender” someone…

Misgendering someone purposely is whack. Filming, making fun of, and laughing at someone clearly in distress, is also fuckin whack.
Learn some basic human kindness